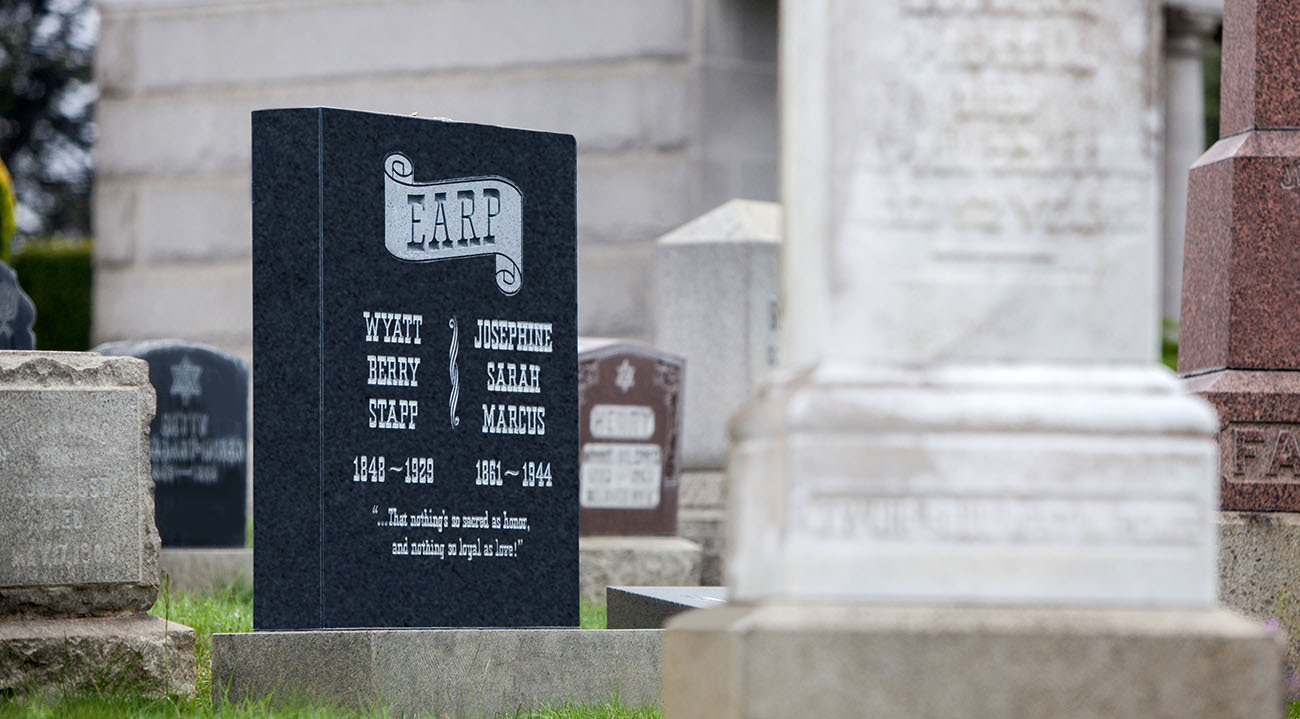 Wyatt Earp met Josephine Marcus in San Francisco. They got married in 1892 according to Josephine’s memoir but no marriage public records were found.

After his death, Josephine had Earp’s body cremated secretly and his remains buried at her family plot at the Hills of Eternity Memorial Park.

The first marble headstone was stolen. The recovered headstone is now on display in the Colma Historical museum.

Earp’s grave is the most visited place in Colma, California.

Any Marcus graves near there are Josephine’s parents. 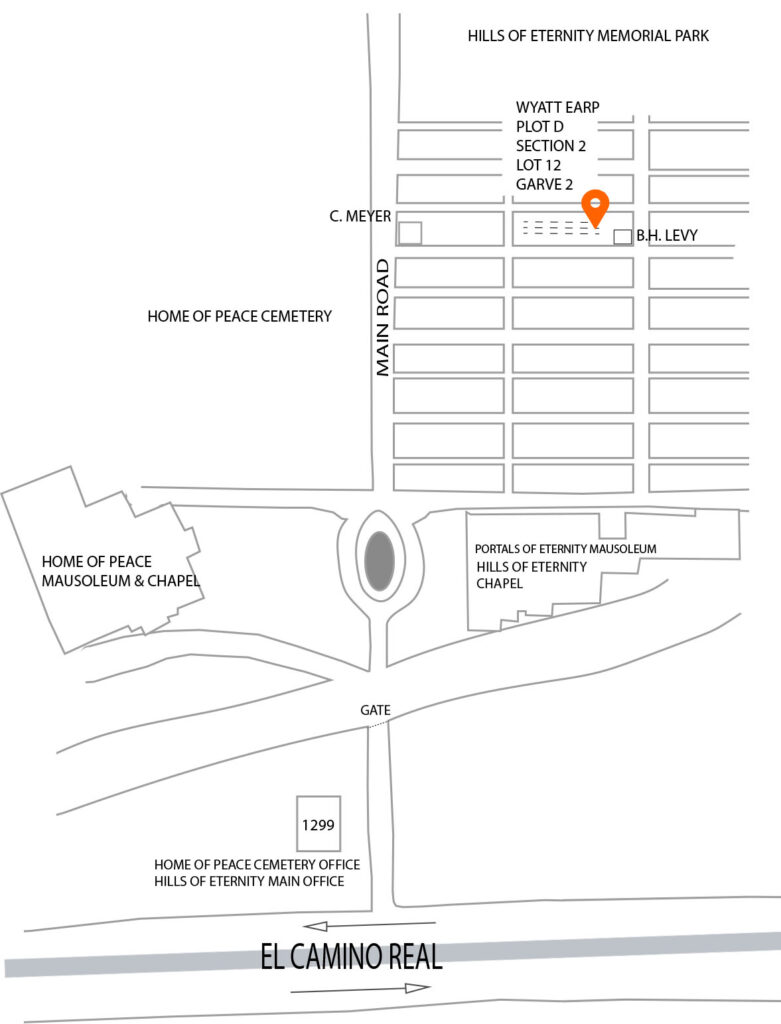